What is VitalStim Therapy? 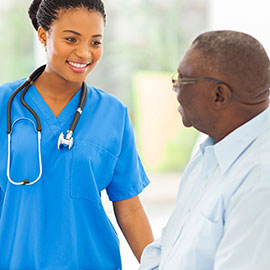 The VitalStim® Therapy System is a non-invasive, external electrical stimulation therapy cleared by the Food and Drug Administration in 2002 for the treatment of dysphagia with application on the anterior neck. Since its introduction in 2003 its adoption has quickly grown and is now in use by a majority of dysphagia treatment professionals.The VitalStim® Therapy System is designed as an adjunct modality, meaning a clinician will apply VitalStim® while simultaneously working with the patient on swallowing exercises.

Used as an adjunct to traditional swallowing therapy, VitalStim® has been found to:

The evidence base for VitalStim® has grown significantly in recent years. The lasting effect of VitalStim® was demonstrated in a 3 year follow-up study submitted to the FDA that showed improved swallowing function was maintained. 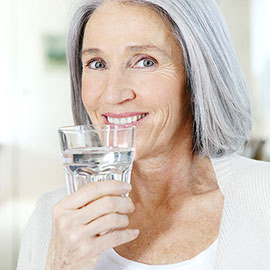 Dysphagia is defined as difficulty swallowing.

Dysphagia can range in severity from mild difficulty when swallowing to complete inability to eat or drink anything by mouth. Dysphagia can occur as a result of a stroke or other neurological disease, normal aging or after a long period of inactivity. Estimates conclude that as many as 15 million Americans suffer from some level of dysphagia, with an additional 1 million people receiving a dysphagia diagnosis every year.